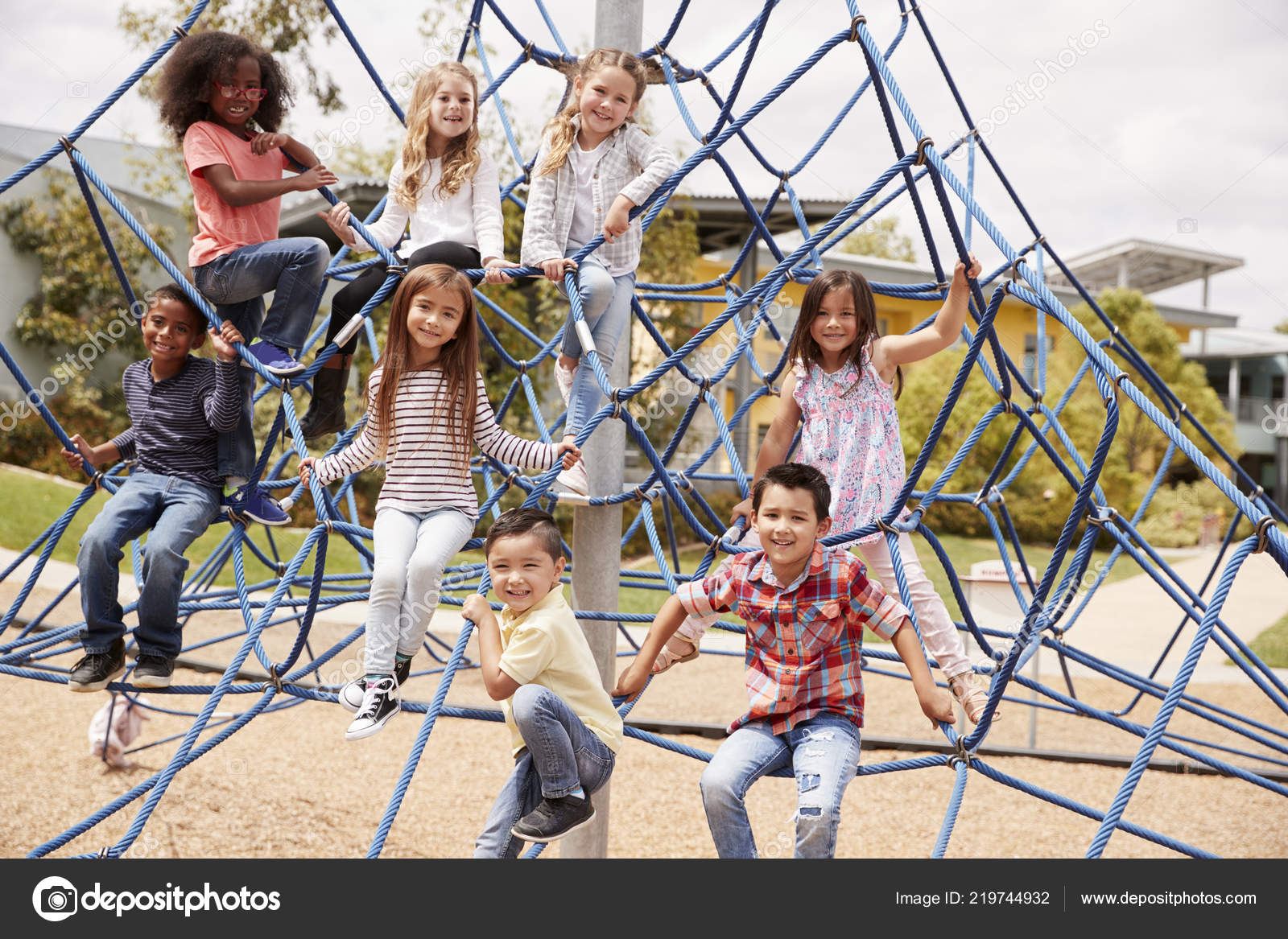 In 2001, I successfully placed the first child with down’s syndrome into a mainstream private school in Singapore.  After a full assessment of the child’s learning development needs, the employment of a teaching assistant to shadow the child, and a modified learning programme, the child started school. Struggles with the headmaster and parent prejudice almost overcame us but some 9 years later the child had become part of the school community and graduated along with his peers.

There are now many children with learning problems and special needs attending regular schools in Singapore but the process is still not without its difficulties, as it is in other parts of the world. Placing one or several children in a mainstream school with extra teaching support and differentiated learning programmes can be accommodated. However, while government policy requires schools to accept “special needs” children, as in the United States and Britain, into every class at their age-grade level there appears to be considerable problem.

The push toward inclusive education has continued since the 1970s with the Rehabilitation Act of 1973 in the United States and the Warnock Report of 1978 in Britain. The UN Convention on the Rights of Persons with Disabilities of 2006 propounds the rights of disabled people to education in mainstream schools and has fuelled new and renewed interest in making inclusion possible.

The impetus, of course, for inclusion of special needs children in mainstream schools is to address the issue of discrimination within society and education and allow students with disabilities an equal right and opportunity to be in mainstream schooling. The effort to address discrimination, however, is by implication, an effort to address the equally difficult issue of the education of socially and economically disadvantaged children. As the UN Convention points out, disability is closely aligned across the world with poverty and in many Western countries like the United States and Britain, it is also aligned with ethnicity. While African-American children represent 16% of school age children in the United States, they constitute 30% of children receiving special education.

The coming together of like-minded governments to endorse a UN Convention on the rights of disabled people is to be welcomed. As a document written on a global plane, however, the UN Convention presents high ideals, but doesn’t provide a workable concept of inclusion or strategies on how inclusion might be carried out. It leaves it to governments and schools to work out what inclusion actually involves and to try to make it work.

While government policy and laws now exist to insist on the inclusion of children with disabilities into mainstream schools, the efforts of policy makers have fueled a global effort to make it work but caused global frustration with the problems preventing its success. It’s not just that school processes and policies need to change, or, indeed, the craft of teaching needs to change, it’s that the majority of people involved in making it work can’t make it work. Even Dame Mary Warnock, whose 1978 study acted as a catalyst for whole school integration in Britain, has confessed that her committee made several mistakes in judgement. The first mistake was to remove categorisation and assume that all children were the same and should be treated the same. The second mistake was to advocate integration without due consideration of the social factors that effect learning ability, such as poverty and social deprivation.

There is no argument that for inclusion to work the emphasis on academic achievement and competition needs to give way to a ‘school as social community’ approach with a shift in focus from the blackboard (achieving curriculum standards) to differentiated learning. Understandably, the ideal would be to have both. But the struggle to make it work and to change schooling has led to so much strife that it is now legitimate to talk of the politics of inclusion.

Those endeavouring to make it work want to talk of flexible learning environments and the use of the support teacher approach or the multilevel teaching approach; of co-teaching and team teaching. While, in theory, there is very little resistance from schools, inclusion impacts schools in different ways. Thus, many of the issues school face in trying to make it work have to do with administrating the exercise. Inclusion of special needs children into
schools requires additional funding and resources. It then requires administration staff to make critical decisions about balancing the use of resources across the school, the use and placement of teachers, then the training of teaching and support staff, and the use of professional support. The problems are compounded for schools, and the children, in low socio-economic areas where, as in Britain for example, up to 50% of children in a class could require learning support.

The main concern in all this effort to make inclusion work should be, of course, for the children and how they fair under an inclusion programme. One might assume that the benefits for children attending mainstream schools would be tremendous. The widening of the circle of friends, social acceptance, participation in a wonderful array of sporting and artistic activities, and educational support, is to mention but a sample of the advantages of inclusion. And, given that a school, teachers and parents are making an effort to include children in all aspects of classroom education, the experience for the child will set a pathway for the rest of their life. However, the story of the smooth and successful inclusion of a special needs child into mainstream schooling appears to be the exception rather than the rule.

Where children struggle in class or in making friends they become unhappy and disheartened with schooling and learning. Children who don’t get on, act up, won’t try to do their work or have attention and behavioural issues, find themselves excluded from class, either formally or informally. As the spiral of friction and frustration continues, children develop a heightened sense of alienation. If there are ‘issues’, these are compounded when
children progress from primary school to secondary school where there are not the learning support programmes in place and schooling is much more competitive.

The reaction from the more able and capable middle class has been to find special schools which can give their children more attuned attention. The argument is that just as children may have a right to receive mainstream schooling, they equally have the right not to attend public schools or be placed into mainstream classes and to get special care for their special needs. This quiet revolt against government policy, proclaims that full inclusion is not the answer for all children and there are many children who are better off (if parents can afford it or governments subsidise it) in special schools where they can get concentrated learning development and therapy, even if it is only for a period of a child’s development. In sum, the general inclusion of special needs children into mainstream schools is an ideal and will remain an ideal unless it evolves into a concept of education affecting the very nature of schooling as we know it. Including special needs children and children with learning difficulties in mainstream schooling requires a change in perspective. It requires major adjustments to the policy and practice of education. It requires a change in the art of teaching. Indeed, it fundamentally requires the current philosophy of education to be superseded by a broader and more proficient philosophy of learning.

There is a need for a radical rethink about the concept of inclusion in order to conceive a model, or paradigm, which works. I propose that there are four fundamentals to a Paradigm of Inclusion.

Fundamental 1: Education as an Outcome of the Learning Brain.

As the brain processes and integrates information through its sensors, it is able to plan and organize behavior in order to make an adaptive response in the ongoing process of learning. The brain’s integrating process of sensory input is fundamental to the thinking process, and through the process of interaction with its environment through its sensory systems, the brain engages in a process of reaction-interaction that leads to learning. However, where the brain is not properly receiving sensory input, and/or not integrating sensory information properly, learning is belated and there is said to be a learning difficulty. Teaching, then, is the management of the presentation of information in such a way as to stimulate the brain to think, and learn. Differentiated learning arises out of differentiated ability to learn. Differentiated learning requires differentiated teaching.

Fundamental 2: Learning Ability can be Accelerated

Closing aligned with the concept of the learning brain is the concept of the developing brain. As children grow and mature up to age 18, their neuro-physiological ability is developing. For example, the brain of a child of 8 years has a higher level of functional ability than a 6 year old. Where a child is identified as having a learning difficulty and developing below the level of typical development, it is possible to intervene and accelerate the development process. The theory is that because there is plasticity within the central nervous system (the brain is moldable) and because the brain consists of systems that are hierarchically organised, it is possible to stimulate the learning process and correct learning disorders.

Fundamental 3: Intervention as part of Schooling

With an appreciation of the fundamentals of learning, an intervention programme of therapy to accelerate learning development cannot be separated from their schooling and general learning process. The drafting of a child’s Learning Development Programme (ILP) is basic to a teacher drafting a child’s Individual Education Plan (IEP). A teacher involved with a child with a learning difficulty needs to know what difficulties have been identified and what a therapy programme is doing to address them. Therapy intervention is a fundamental part of an inclusion programme.

Fundamental 4: Inclusion as a Process of Modulated Interaction

Interaction in a grade class should take place on a sliding-scale of inclusion for children with learning difficulties and special needs. Just as there is a structured gradation of ability and class classification within mainstream schools, so there is a need to recognise the gradation of ability (and of need and support) among special needs children and invent a model of gradated and progressive inclusion. While the key to such a model must be flexibility in order to recognise development and allow progress, there are three main tiers of a gradated approach. First, low intervention; where a child is taken out of class several times a week to receive therapy to develop their sensory system and neurological function. Second, moderate intervention; where children would spend most of their school time in a learning development class extending over a period of 1 or more years but where they would spend an increasing degree of their time with their peer grade level in academic learning. Third, high intervention; where a child would spend the majority of their academic time in a learning development class. As these children progress, they, too, would spend more time doing academic work with their grade level peers.

The growth of knowledge and the development of intelligence are functions of the brain. The brain is constantly learning as it perceives and integrates information. Education, as the process of marshaling information for the development of knowledge and intelligence is, essentially, a process of inducing learning. Thus, the first consideration for education is ‘how to induce learning’, which, for children with learning difficulties also requires the subsequent consideration of ‘how to increase learning ability’. With an endeavour to address these considerations, inclusion of children with learning difficulties and special needs is possible and can be successful, where there is flexibility and an appreciation of gradated learning. But to write laws and policies on the requirements for administering inclusion in schools without listening to experts in the field of learning development or considering the needs of the children is naïve.