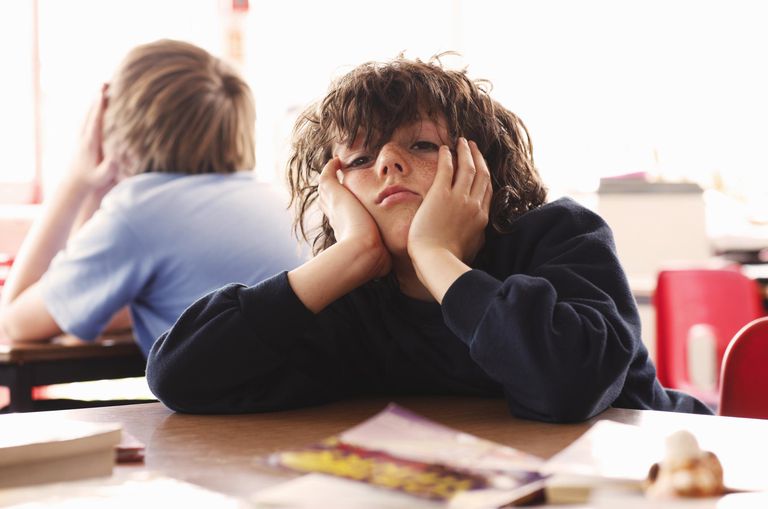 Boys are not doing well at school. The difference between the academic achievement levels between boys and girls has reached such proportions that in Western countries educators are now talking of a ‘boy crisis’. In the United States, only 65% of boys now finish high school compared to 72% of girls.

This problem with the difference between boy and girl achievement levels does not appear to stem from inferior learning ability or the demands of high performance curriculum. It may in fact be directly related to the gender of the teacher and particularly a female approach to teaching and learning. Thomas Dee, in an article entitled The Why Chromosome analysing data from the US National Education Longitudinal Survey, says: “a teacher’s gender does have large effects on students test performance, teacher perceptions of students, and students’ engagement with academic material. Simply put, girls have better educational outcomes when taught by women and boys are better off when taught by men”.

In the United States and Canada, along with Britain and Australia, women now comprise some 90% of teachers in primary school and 75% of teachers across primary and high school. There is a growing shortage of male teachers as men choose other professions in the face of low pay, anti-male sentiment and the increasing dominance of a feminine model of teaching. Historically, teaching as a profession has attracted women and for more than 100 years women have dominated the teaching profession with many boys having grown up to become successful men. However, there are many boys who do not cope with a female model of teaching and are underachieving and suffering from learning problems.

Based on data from the US Department of Education in 2006, it appears that the gender of the teacher does make a difference to student learning. The overall effect of having a female teacher instead of a male raises the achievement of girls by 4% of a standard deviation and lowers the achievement of boys by the same amount producing an overall gender gap of 8% of a standard deviation. The implication is that as this deficit in learning can occur in a single year, the deficit is compounded with continuous years of teaching by a female teacher. By the time students reach 17, boys score 31% of a standard deviation below girls in reading ability, a deficit equal to about one grade level. In general, a female social science teacher increases a girl’s performance by 9%, while a female science teacher will decrease a boy’s score by 5% of a standard deviation. While girls prefer female teachers, boys don’t. An analysis of the data shows that learning from a teacher of the opposite gender has a detrimental effect on the student’s academic progress and engagement at school.

Regardless of the academic subject, when a class is taught by a woman, boys are twice as likely as girls to be seen as disruptive, inattentive and unlikely to complete their homework. In the United States, boys make up 71% of school suspensions, comprise 90% of children diagnosed as having learning disabilities and even in primary school are twice as likely, at 8.3%, to be held back a grade. By age 17, 42% of boys will have been suspended from school at least once.

While the results of an analysis of US data suggests that gender does make a difference, the issue is not really the gender of the teacher but the different kind of teaching needed for boys and girls arising from their genetically different brains and styles of learning. The real problem is that boys are not girls and don’t learn like girls. A feminine model of cooperative learning and inclusiveness may be helping girls but it is disadvantageous for boys as they can become increasingly disengaged from the learning process. Many women are successful teachers, but as a rule, boys do not respond well to female teaching methods.

The way boys learn and their readiness to learn is different to girls. At the age of 6 or 7, when children start serious schooling, boys are 6 to 12 months less neurologically developed than girls. They are especially delayed in what is called fine-motor coordination, which is the ability to use their fingers carefully and to hold a pen or scissors. And since they still need ‘gross-motor’ development, they will be itching to move their large muscles around. Boys have 30% more muscle than girls and therefore their senses seek to move more than girls to flex their muscles. Boys fidgeting in class and roaming around the room is just their bodies trying to find expression – not them being naughty children.

From the time a baby is born, male and female brains are different. Indeed, from 6 to 7 weeks after conception, embryos designed to be male receive a ‘hormone bath’ of testosterone which influences the development of the brain. The testosterone actually changes the walnut-shaped brain and alters its structure and even its colour.

Testosterone doesn’t just play a role in male development into manhood but also has a profound impact on a boy’s development of mind and body from before they are born. At birth, a baby boy has as much testosterone in his bloodstream as a 12 year old boy. The levels drop a few months after birth, will rise again at the age of 4 or 5 for reasons that no one understands, and again at about 14. Throughout his life, testosterone will affect a male’s every thought and action. Indeed, levels of testosterone can rise and fall in response to challenge, achievement or even failure in any given day. Most experts believe boy’s tendency to take risks, to be more assertive, to fight and compete, to argue, to boast, and to excel at certain skills such as problem solving, maths and science is directly linked to how the brain is hardwired and to the presence of testosterone.

In teaching children, there are a number of differences between the male and female brains to take into consideration. For girls, stronger neural connections mean that girls have more sensual detail memory, better listening skills and better discrimination among various tones of voice. This leads to greater use of detail in writing assignments. Larger memory storage areas lead to better learning ability, especially in language. Girls make fewer impulsive decisions and tend to use more cortical areas of the brain for emotive and verbal functioning.

For boys, there is a higher dedicated area used for special-mechanical functioning for abstract thinking and physical-special functions. But girls have twice the brain space as boys for verbal-emotive functioning. The special-mechanical functioning makes boys want to move objects through space, like balls and model airplanes, or just move their arms and legs. With less serotonin and oxytocin, boys have less desire for bonding, are more impulsive and are less likely to want an empathetic chat with a fellow student. The male brain is more structured and compartmentalised, thus more likely to concentrate on one thing at a time with lesser ability than girls to multi-task and change from one class subject to another easily. With 15% less blood flow than females, the male brain reduces speed every now and again in a sort of rest state. Thus, with exercise before class, boy’s neuro-physiological state is enlivened and more able to learn. The differences, of course, between male and female brains are too numerous to mention in detail here.

With some 90% of children with learning difficulties being boys, there is a particular need to teach these children as boys instead of homogeneous individuals in order to improve their learning ability. Giving these boys extra sensory integration therapy can make an incredible improvement as well.

To help boys and girls achieve their best at school there needs to be an appreciation of the difference in the learning styles of boys and girls. The task for teachers, and parents, is to better understand the gendered brain. To this end, there is a need for special gender-awareness training for teachers as part of their initial training or as in-service training. The knowledge is already available and schools across the world are now providing such training.